Who is The Writing
​Mentor? 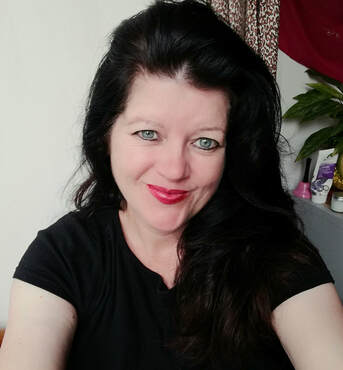 Linda Cleary is a Literary Arts Consultant with a Diploma in Recreational Arts from Manchester Metropolitan (specialisation Creative Writing 1991), a Diploma in LAMDA Speech and Drama (1989) and a HND in Theatre Studies (1996). She is Director of the Free Writers Centre offering live and online Creative Writing courses, Coaching for writers, a suite of Editing Services, Consulting Services for publishing, as well as writing holidays and literary events. She set up the Literary Fiction and Literary Non Fiction Department for Hypatia Publications, imprint of Hypatia Trust, where she is is Editor and Publishing Lead. She conceived, collated, typeset and published the poetry and short fiction publication 'Invisible Borders. New Women's Writing from Cornwall', a collection of 23 women writers connected to Cornwall, available to buy here: hypatia-trust.org.uk/bookshop/invisible-borders and has just finished working on Natasha Carthew's new release 'Born Between Crosses': hypatia-trust.org.uk/bookshop/born-between-crosses

Linda also works in Adult Education (since 1999) holding several certificates in Teaching in Adult Education and providing literacy support to a wide variety of students including adults with specific learning difficulties such as dyslexia.

She has been working with writers and delivering workshops in Creative Writing, Theatre and related Arts, to a wide demographic of age and ability and in many varied settings, since 1991; working in UK, Holland, Czech Republic, Australia and Egypt – living in Cairo from 2009 to 2015 where she initiated and ran an arts residency and gave her Creative Writing courses at Diwan Bookstores, Egypt as well as taking writers on amazing writing holidays and retreats across Egypt including a 5 night writers' cruise on the Nile.

As a British born Irish heritage poet – writer – performer with a northern England background her work as a spoken word performer has been celebrated by Apples and Snakes who promoted her on a South West UK tour in 2005-2006 saying, ”Powerful, uncompromising, rhythmic verse. Tough, lyrical beauty. Packs poetic punches with aching sensitivity. A unique new voice. If you need a comparison, think; ‘a young Joolz Denby, laced with Patti Smith overtones.’ She was Writer in Residence at Canserrat Art Residency, Barcelona and her work has been published across written and spoken word, audio and poetry film platforms including Poetry Bay, Long Islander, Citizen 32, Poetry Film and Berlin Zebra Poetry Film Festival. She has won various grants for developing film script, performance and writing.

Her own creative platforms are: www.lindaclearypoetry.blogspot.com which houses her written work http://www.soundcloud.com/lindacleary for her audio work of spoken word and music fusions https://www.youtube.com/watch for her poetry films - many of which have been in international poetry festivals over the years, including the Berlin Zebra Poetry Film Festival, Double Bunny Press and Poetry Film Live. See her most recent poetry film here: vimeo.com/367088816  She has also created installations such as The Tarantismo Project youtu.be/cu5iXlK3r14 using text/audio and image exhibited in several prominent galleries and funded by ACE.
​
Linda is currently in the early stages of developing a collection of stories told by several characters:
a woman living through the Arab Spring, a man in prison, a woman in a loveless life, a man stalking his neighbour, a woman exiled from her home, a person crossing gender experience and cultural acceptance, a ghost story in post punk Thatcher's Britain and a policeman abandoning his post during a revolution – all themed around the premise of ‘What do we do with freedom?’.

For any additional information or enquiries - Please get in touch! We would be delighted to hear from you.
Contact Us